Citizens of the World? 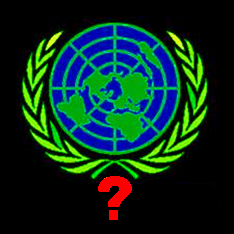 Nationalism and Cosmopolitanism in the Quest for Universal ValuesÂ  [Part 1]

I will argue that the philosophy of Rawls, echoing Hobbes, in his quest for consensus effectively disables us from politically asking the question what makes for a worthwhile human life. This is done to avoid clashes between comprehensive doctrines about the question according to which values man should live. Their approach ignores that values are what makes a thriving civilization, resting upon an active civil-society, possible.Â

Other theories, such as that of David Miller,Â proposed that a worthwhile human life rests upon a bedrock of needs which are defined as necessary, regardless of ideological outlooks. Instead, Iâ€™ll defend that the Truth-claims of comprehensive doctrines should be at the heart of the political domain.

2. The similarities between Hobbes and Rawls: towards a â€œconstitution-viewâ€

Thomas Hobbes derives three causes of quarrel from the human nature; competition, diffidence and glory. Competition makes men invade one another for gains, such as other peopleâ€™s possessions, wives and cattle. Diffidence makes men fight to eliminate possible future assailants, and glory causes clashes over differences of prestige as well opinion. Under these conflicts of glory he understands conflicts between religious comprehensive doctrines, such as the fights between Protestants and Catholics of Britain in his time. Both combatants make war on another in the name of invisible moral authorities. Hobbesâ€™ aim is to remove invisible moral authorities from the political game.[1] If he can succeed in that, reasonable peace can be established, which is his goal.[2]

This can be compared to John Rawlsâ€™ political philosophy. In this philosophy the aim is to make peace (establish consensus) between a variation of cultural identities. Rawls recognizes the fact of the existing pluralism and seeks a way to make these cultures exist within the same society under the same law, without the occurrence of serious conflict. Such conflict could occur about sensitive religious topics; whether the law should allow abortion, for example, or whether the burka, an Islamic piece of clothing that conceals facial expression and body language, should be banned from the public life.

As a solution Rawls offers the â€œoriginal positionâ€; this is a thought-experiment in which the participants postpone any knowledge they have about their current position in society. Behind this veil of ignorance they would reason about society and its laws. For example, inequality and restrictions of certain freedoms could be allowed, but only if producing sufficient gains.[3] There are some essential liberties which people would not dare to gamble away, considering they would not know which position they would actually have in the society.[4] In this way, Rawls effectively eliminates the political claims of the invisible moral authorities (for example behind the veil of ignorance you would not know the religion to which you belonged). These invisible moral authorities come with claims about how people ought to live, which can consequently become a cause for war.

Hobbes removes these claims from the political game through the following conduct of reasoning:

â€œThe desires, and other passions of man, are in themselves no sin. No more are the actions, that proceed from those passions, till they know a law that forbids them: which till laws be made they cannot know: nor can any law be made, till they have agreed upon the person that shall make it.â€ [5]

This is in contradiction to the orthodox Catholic doctrine, for example. Reasoning from this doctrine, abortion would always be a sin, whether human laws in fact allow it or not, since this is not a thing human beings ought to do. Catholicism regards abortion a sin against God, and therefore the human law would be more in accordance to Godâ€™s will, and thus better, were it not to allow abortion.

What weâ€™ve see thus far is that Hobbes holds that as long as claims about how human beings ought to live (ought not to do abortions, for example) are the starting point of political discourse, there can never be peace or consensus-based policy, since these claims stem from doctrines that are irreconcilable. But what at least can be agreed upon is the persons who will make the laws and the persons who will punish the violators of them. In this way each human being delegates a little bit of his power over his life to these sovereigns â€“ from now on he will not be free to do as he wills to others, but in turn he shall at least be protected:

â€œHereby it is manifest, that during the time men live without a common power to keep them all in awe, they are in that condition which is called war; and such a war, as is of every man against every man.â€[6]

Simply put, it is not the moral claims that should be important, but it is the power of the law. And how we go about when delegating this power to make decisions is laid down in the constitution. The problem that now emerges is as follows; if you then form your society on the basis of a constitution (John Rawls calls this the â€œconstitution essentialsâ€[7]), you have essentially no thesis on how people ought to live. Why this is a problem and what this problem entails for a multi-cultural society, will be explained more in depth further on.

Hobbes himself makes it abundantly clear that there is no such thing as â€œTrue Justiceâ€ â€“ all morality merely exists by the grace of human consent. As he puts it:

â€œTo this war of every man against every man, this also is consequent; that nothing can be unjust. The notions of right and wrong, justice and injustice have there no place. Where there is no common power, there is no law: where no law, no injustice. Force, and fraud, are in war the two cardinal virtues. Justice, and injustice are none of the faculties neither of the body, nor mind.â€ [8]

This makes it abundantly clear that the regime formulated by Hobbes is a pure modus vivendi, which for him is a great thing considering itâ€™s the best mankind can hope for, reasoning from his basic assumptions. There is no such thing as True Justice â€“ a morality that humans ought to uphold â€“ there is only what humans in fact decide to uphold. â€œMan is the measure of all thingsâ€[9] as the sophist Protagoras put it.

With this attitude Hobbes goes a step further than NiccolÃ² Machiavelli, who would maintain that there is such a thing as True Justice, that is a political regime where the virtues of the citizens could flourish to better and strengthen the city-states.[10] The ill reputation of the Florentine writer originates from the vigour with which he emphasized that it is a puerile and futile use of energy to muse about True Justice as long as one does not consider the necessary power and means to bring it about. Hobbes, however, is convinced that both is and ought fall together in the means of power as they practically exist. This is because nowhere in the world we encounter Justice as an entity, (not in the body nor in the mind) while power and force are things we in fact do encounter.Â Â

Essentially Rawlsâ€™ reasoning shares the same premises as Hobbesâ€™ arguments. That is: in the world we encounter a variety of traditions and outlooks in regard to what constitutes the good or the bad.[11] This variety makes it impossible to know the content of True Justice, if such a thing would exist, and therefore the best we can settle for is a compromise. This compromise will not be concentrated on the content of True Justice, but will instead be focused on the way we go about when making government policies. The outcome of the decision-making procedure will be less important than the fact everyone could agree with the initial conditions. It is this fact of initial agreement that makes it possible to formulate government policies at all â€“ without it, we would be stuck in initial disagreement, a as Hobbes called it â€œwar of every man against every manâ€.[12] It should be clear that the â€œoriginal positionâ€ is Rawlsâ€™ way of establishing this theoretical initial agreement.

I mentioned comprehensive doctrines. These can be understood as ideologies, that is they come with specific answers to the questions [1]which mode of life is most valuable and [2]how a society should be ordered. Ideologies come with conceptions of True Justice that each ideology claims to be universal while these conceptions do not coincide. With other words; comprehensive doctrines are mutually exclusive.[13]

Iâ€™d personally say the trick is to carefully analyze each of the doctrines and distillate the part that is â€˜trueâ€™ from the part that is â€˜doctrineâ€™, and by doing this Iâ€™d make an attempt to bridge the gap between nationalism and cosmopolitanism. I would take each of the doctrines not merely as possible outlooks but as they present themselves; as Truth-claims. Then I would dissect them to see which parts of the comprehensive doctrines can be retained and which parts would have to be rejected.[14]

I am on the nationalist side because I do not on beforehand dismiss the claim of the comprehensive doctrine that presents itself to me; that is, the claim that this doctrine is truly the most superior and the only worthwhile. I am on the cosmopolitan side because I objectively consider the premises and the arguments of any doctrine that presents itself, this is not a privilege exclusive to familiar â€œWesternâ€ schools of thought. In my analyses of comprehensive doctrines, rationality, facts and truth shall be my only guide. If someone were to say that by starting out from rationality I am indirectly biased towards the Western ideologies, I would only conclude from his statement that Western doctrines basing themselves upon rationality are more likely to approach True Justice than non-Western ones that do not.

[9] Protagoras was a Greek sophist who lived from ca. 490 BC â€“ 420 BC. For more information on this statement see Platoâ€™s dialogue Protagoras.

[13] As the French National Commission of UNESCO put it: â€œcertain proponents of violently opposed ideologies had agreed on the draft of a list of rights. Yes, they replied, we agreed on these rights, providing we are not asked why. With the â€˜whyâ€™, the dispute beginsâ€

[14] It is beyond my comprehension that not every philosopher, a man who considers himself a lover of Truth, conceives of his task in this way.

Preparation and Improvisation | A Helping Hand