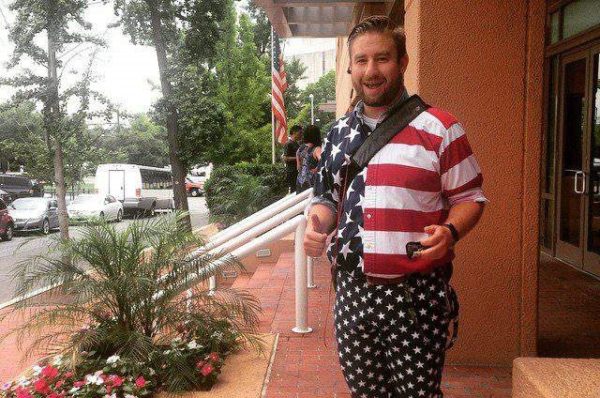 Controversy over the murder of Seth Conrad Rich demonstrates more than anything else that we cannot trust our media or government to give us answers.

The uncontroversial facts are that he was shot twice in the back, had scrapes on his knees and hands, and had the band of his watch torn. The government and media say he was killed during an attempted robbery; Rod Wheeler and Fox News claim he was killed for leaking information to Wikileaks.

While we are distracted with those smoke and mirrors, let us look at the hidden story of Seth Rich:

There is tangible evidence on the laptop of a former DNC staffer that confirms he was talking to WikiLeaks prior to his murder, a private investigator suggested Monday.

Remember that Leftists specialize in brain spam, or generating a flood of information which baffles you until you are made inert by “analysis paralysis.” The Seth Rich conspiracy controversy most likely exists to obscure a simple fact: we would like to know what was on his laptop and phone, and somehow this information has vanished.

If, for example, he had even more damaging secrets than the emails that were leaked, it would be useful to misdirect public suspicion in such a way that this never got mentioned.

The herd will fight over whether the Clintons shot him or he was robbed, and the real issue will be buried.

In the meantime, we have to wonder what a real hit would look like. In my view, Rich would have been found at home with a needle in his arm and three pounds of heroin in his underwear drawer. Even better, a heap of psychiatric meds. That way, any information that came from him would be viewed with suspicion.

An even better way would be if he were found drunk behind the wheel of his car, crashed into a tree, or if he were simply run over by a speeding drunk late one night. Part of the war is the public relations battle, and the Left excels at this.

Instead, we have a somewhat sloppy robbery and physical evidence consistent with him resisting the robbery, then getting shoved to the ground and shot by assailants who presumably vanished into the night, perhaps after having been startled by a passing car or light turning on nearby.

People are right to fear the Clintons. There are too many deaths around them for all of those incidents to be coincidence. But in the most compelling cases, the deceased were found dead by suicide, alcoholism or drug abuse. This both discredits the individual and gives a plausible story that they were the cause of their own deaths.

We know that the Left has a long history of linking arms with unions and organized crime. All unions seem to have links to organized crime, and the Left is if nothing else vastly funded by unions and has used union personnel in its public demonstrations and dirty tricks department.

Would a union hit look like this? Maybe, if they were simply weekenders. That is more plausible than an organized crime hit, which would have most likely been either a quick shooting with two to the heart and one to the head, or a complex setup involving some way of implicating Rich in his own demise.

The real issue is that laptop. The case of the shooting may never be solved, but the trail of the secrets grows cold while the two sides bicker over this, keeping the sideshow running while shadowy figures move decisively in the darkness.