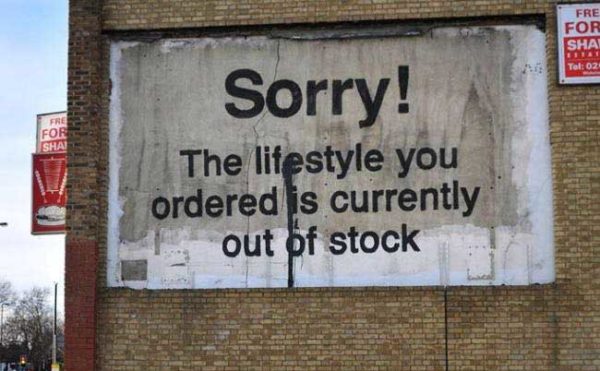 Understanding risk in the context of organizations involves breaking down a relatively simple definition into its multiple implications:

Business risk is the possibility a company will have lower than anticipated profits or experience a loss rather than taking a profit.

This identifies two areas of concern, first inefficiency and second, failure of productivity. Governments and civilizations, like business, belong to the category of organizations and are subject to risk, including the ultimate risk, which is that disorganization or lack of productivity will cause a collapse as seen in the Soviet Union or Venezuela.

Using the book as input, we can see how to apply risk to American civilization instead of the current government, as it is normally viewed by voters.

In our modern world, we do not refer to nations or civilizations as organic things, but as products of the state, and so when we think of risk, we worry about our government shutting down, spending too much, not taxing enough or being unable to achieve internal compromises and becoming locked up.

The Alt Right, being of a variety of conservative that occurred before the neoconservative and classical liberal forms that were adopted because of their compatibility with Leftism in the era after the French Revolution, views risk different because we see a different target: Western Civilization, or the organic and naturalistic collaboration of Western peoples.

For the crime of looking at civilization instead of the state, we are dubbed “white supremacists” and “bigots,” but in reality, we are looking at the organization which creates and empowers the state. In theory, the state is the caretaker of civilization, but once it becomes powerful enough, it simply replaces civilization with itself through ideology, usually of egalitarianism.

According to the book, risk applies only to objectives, and when civilization does not have an objective, no risk management applies to the typical threats apparently only perceived by the Alt Right. For that reason, an Alt Right view will take the opposite viewpoint: that risks lead to objectives, and not vice-versa.

In other words, civilization has an inherent objective, which is to survive in a Darwinian sense, which at some point requires encoding its values and culture into DNA so they can be passed on without relying on political constructs like the state and social constructs like equality, rights, liberty and freedoms.

Using the ISO 31000 standard, risk is defined as the â€œeffect of uncertainty on objectives,â€ resulting in the management imperative to â€œcoordinate activities to direct and control an organization with regard to risk.â€ The White House has no risk management for its “America First” goal because its authorization extends only to setting up a sub-organization to address risk as defined in ANSI/ASSE Z690.2-2011 Risk Management Principles and Guidelines.

In other words, governments cannot address civilizational risk, but can only look after themselves, and only indirectly. This requires us to re-interpret risk as applicable to civilization itself instead of the institutions of those civilizations. This becomes complex because risk involves both threats and opportunities. For example:

The approval of the American Recovery and Reinvestment Act (ARRA) was intended to infuse the US economy with desperately needed funds. The risks associated with issuing multi-million-dollar grants and contracts as required by ARRA in such a short period of time were great: however, the opportunity to stimulate the economy and make economic gains was projected to outweigh the risks.

This means that a standard threat-versus-opportunity guideline does not exist because most people think only in terms of threats. The eventual outcome of â€œpredictedâ€ threat and opportunity scenarios are never confirmed after the fact meaning that lessons are never learnt and mistakes repeated over multiple administrations, as is obvious from the way risk management in American government is structured.

But at least the Government Accounting Office (GAO) has a â€œHigh Risk Listâ€ including solutions used. It address solely the government: â€œThe US federal government is the worldâ€™s largest and most complex organizational entity, with about $3.5 trillion in outlays in fiscal year 2012.â€ These risks are:

The above risks are defined as â€œimportantâ€ which translates to sustained manpower and budget allocations. But in the aftermath of flooding caused by Hurricane Harvey, the Manhattan Institute found that instead of mitigating the effect of flooding, that the US Government makes matters worse by tempting people into Hurricane’s paths.

Identifying â€œallâ€ risks to “America First” — itself a proxy for protecting our civilization, as opposed to setting global standards to protect the world economy — is obviously not possible because it would require inputs from all managers in the American government. Identifying a risk also requires an important methodology of detection, verification and scope before manpower is allowed to define and spend resources on it.

Various sources of risk are possible, but these fail to include threats to civilization. The RIMS (Recent Risk Events) for 2013 is an example of the variety of risk, as follows:

If you are not concerned about the risks above, you should be, because of what is missing. For example:

These omissions present the Alt Right with an opportunity to demonstrate its rightful leadership by addressing risks that affect civilization, even if they do not affect institutions like the American government or clusters of institutions such as those which administrate the world economy.

What the Alt Right can bring to our consideration of risk is the understanding that politics is actually about life or death challenges; the government and its institutions are supposed to serve the people, which does not necessarily mean doing what they want, but in protecting them from that which can destroy them while enhancing that which brings quality of life.

This will force a move away from decadently setting â€œpolitical goalsâ€ based on utopian visions of ideology, and instead toward consideration real risks. For the past two centuries we have focused on symbolic correctness, whether economic or social, and ignored consequences of our actions to the organic entity of civilization.

As the age of ideology fades, and is replaced by consciousness of the need for civilization above the desires of the individual, attention focuses on actual risks instead of what we might call political risks, or things which would displace our rulers or destabilize their institutions.

Luckily for the Alt Right, average people understand risk because they are accustomed to balancing threats and opportunities in their own lives and for the sake of their families. Through bypassing the entire world of political risk, and focusing on actual risk, the Alt Right can address the actual concerns of people instead of these utopian notions.

Swarms: The Intermediate Post-Democratic And Pre-Hierarchical / Tribal Reality | Entering The Age Of White Civil Rights, The New Counterculture Has To Decide If The Medium Is The Message