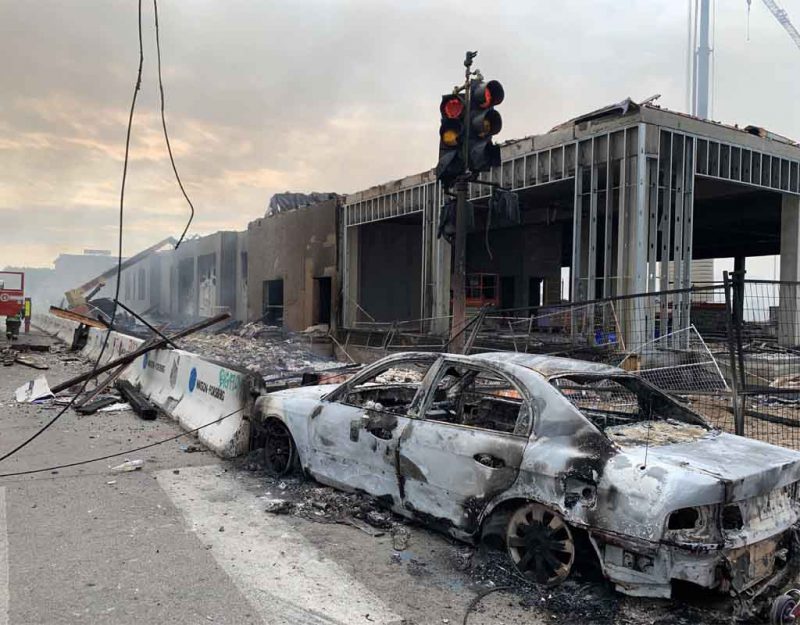 Here we go again: another racial incident where the panicky whites refuse to wait for full facts, and instead indict the white cop early on, surely to find out later that the situation was more complicated. In the meantime, they gave the go-ahead to the rioters.

Trump showed the right spirit, which is to avoid weakness. If you say “when the looting starts, the shooting starts,” and you make good on that, people stop rioting after the first few bloated corpses. This will save lives and cut off the riots.

If instead, like the good morons of Minneapolis, you panic and run around apologizing and arresting white cops, you have shown weakness, which gives the rioters a green light. They will burn your city down, knowing that you do not have the will to bring them to justice.

In the Los Angeles riots, the group that came out ahead were the Roof Koreans, since they camped out on the roofs of their businesses and unleashed massive chaotic fire at any rioters who got too close. When you see some guy with thick glasses blasting away, you take cover and go elsewhere to riot.

If we look at it critically, white people have bought into the race guilt initiative because we see it as our job to make diversity work because we realize that no other group will do so. We have to make it work because it is an example of egalitarianism in action, so we either make it appear to work or admit that egalitarianism is mystical hogwash and nonsense, at which point we have to change behavior and political system.

Diversity will never work because it weaponizes groups against each other. There can be no shared culture; one culture will win out, and with it, one ethnic group. This means war of all against all, but first, all minority groups will unite against the majority.

This is why even rich minority groups like Chinese, Indians, Jews, Irish, Italians, and Slavs all vote disproportionately Democrat. They want the majority overthrown. Then, once that is done, they can go back to fighting among themselves. This is an old and futile but still popular human pattern.

Yet, in “The Color of Crime: Race, Crime and Justice in America,” produced by the “right-leaning” New Century Foundation in 2005, using the same FBI and Justice surveys, startling facts emerge:

* Black-on-white rape is 115 times more common than the reverse.

Even the two most famous sexual assaults by white men on black women in the last two decades – the Tawana Brawley and Duke rape cases – turned out to be hoaxes.

However, the focus on this distracts from what a disaster diversity is. If you single out one group, you are saying that diversity works except for this one group, when in fact diversity does not work even when all groups are high-IQ, low crime, and low time preference.

Woodrow Wilson emphasized ethnic self-determination because he realized that no ethnic group is stable and can work on its own evolution until it is in its own land, with all foreigners gone, working on itself. This is a genetic determination, not a political one like the blather about assimilation and integration.

Diversity is not fair to Blacks, nor whites. Blaming whites for it is like blaming Jews for the failure of multicultural Germany. Maybe these foreigners do have some odd behaviors, by our lights, but the problem is that we insist on an integrated society.

In my view, we are in the middle stages of diversity fatigue. Your average person does not hate diversity, but he has no faith in it either, so he treats it like filling out his taxes: it is part of his world so he tries to master it, but he does not care, and would be glad for it to go away.

These riots only help increase the fatigue, especially as normal white people look out the obese and diseased neurotic whites who are leading the charge in these riots. We can smell sickness and insanity on them, just as we now smell it on the idea of diversity itself.