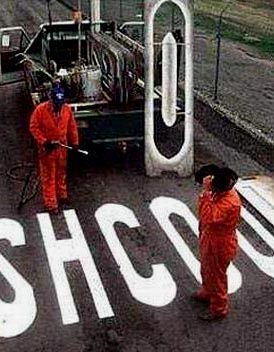 Argument to the extremes is debater’s shorthand for a criticism of any proposed idea by taking it to its most overblown, least-restricted, fully anarchistic conclusion.

For example, I say “legalize drugs” and you say “then you’ll have mothers giving their babies crack in order to keep them quiet.”

It seems absurd, but it sometimes coincides with reality through something I call chronological decay of ideals. Like the game of Secret when we were kids, where at one side of a room a secret was whispered and got passed along by word of mouth until, at the other side of the room, it barely resembled the original.

We call this decay because it means that any complex idea, over time, becomes the simplest possible interpretation of the original idea.

This is how the idea of a meritocracy, or equality of opportunity, decays into subsidy, or the idea that all get doled out cash until we’re on equal footing.

It’s how the idea of a perfect mental state, or Nirvana, got boiled down until we think of Heaven as a place like an eternal sports bar. All the drinks are free.

Whenever someone pitches you an idea, you have to assess how it will decay. The question isn’t what it would look like it we forced it on the world right now, but how the world would react, how the idea would then adjust, for several cycles.

Most people treat ideas like shopping: they see what ending condition they want to achieve, and try to impose it directly. That almost never works, of course, because to get to an ending condition you need to create the conditions that perpetually renew it.

When we don’t treat ideas as shopping, we realize that what we demand today will become the cause of future, simpler, more extreme changes.

So it was with the sexual revolution. The idea was the our original concept of sex — as a sacred role which is part of creation of families and maintenance of honest and balanced love between men and women — was outdated, and we should acknowledge that if we deconstruct it, sex is just an act like any other bodily function. So we should strip any imposed meaning from it, and distill it down to what it actually is.

However, the word “is” becomes problematic because then we’re describing an event like a physical object, and assuming it does not have implications and does not change as a result over time. For example, murder “is” simply an act; we should remove all those imposed ideas of it being impractical, wrong or anti-social and just look at it like a bodily function. Nevermind the consequences of tomorrow. 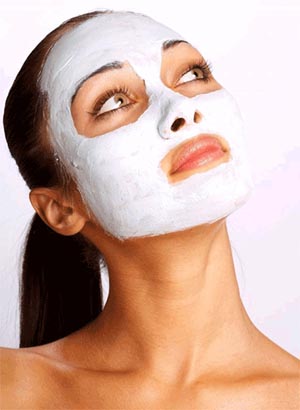 So it was with the sexual revolution, which was the culmination of several degeneracies. First, the idea of Romantic love decayed from the fulfillment of a sacred role to the fulfillment of complete egomania between two people. Because that was out of control, society retaliated by making marriage a kind of ownership. Then, we had to get female parity in ownership. Finally, we had made marriage into a physical object: a legal contract, a form of detente, another possession like a house plant which can be owned like anything else, but must be watered with kindness twice a week.

From our sexual revolution in the 1960s came the idea that since some notions of marriage and holiness and family were corrupt, all must be, therefore we should entirely deconstruct sex. Make it a bodily function, up for barter and transaction. Treat it like an object, not a series of consequences and integrations into more complex cycles of cause/effect and process.

Forty years later, that idea has decayed as well.

We all expected extremes, because making sex an object and not a role immediately brought us closer to the proposition of the prostitute, who saw it as simply renting some flesh and paying for cleanup. But with each generation, those extremes — usually derived from media, which in this case is pornography — decay to their simplest level and are appropriated by the sexual population as a whole.

Feeling the frisson of difference between the decent and the indecent is no longer the dialectic of visual titillation. The sheer hard work of contemporary porn informs you that, without delusion, sex is just like everything else â€“ grinding, relentless, boring (albeit multiply boring). The pneumatic Calvinism of rubberised piston porn-duty, the grim orgasm of unsmiling physical moil. As if the abject fallenness of humanity, its total depravity, has been fused with the work that may be the only faint method of glimpsing the sovereign Godâ€™s decision…From erection to election… Annabel Chongâ€™s 251 men in ten hours, refusing payment from the massive video sales (or letting the matter slide, which is the same thing) â€“ on man 161, what kind of God wouldnâ€™t have allowed a brief splinter of heavenly light to filter down onto the back of her ravaged, kneeling, broken body?

Pornography is distinctive because it yanks sex entirely out of context. There’s a brief pretense of plot, and then they launch right into it. The lead up is gone, as are the consequences. You just get the extended money shot, and don’t have to consider origins or consequences. 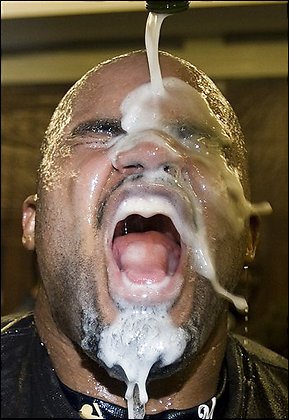 And this is what we’ve done to sex, in an ongoing process of getting simpler and more deconstructed and thus less likely to be attached to any context. Yesterday’s taboos are today’s norms. But yesterday and today keep changing so that we progress toward ever more extreme levels of detachment.

In part, this is driven by the need for ever greater heights of stimulation. That in turn pre-supposes that the sex act itself is the stimulation, and not, say, the turn-on of being with someone you admire and want to be with in a larger, sacral, less singular sense. For all these people having sex like crazy, it seems much of it is bad sex not because it’s incompetent, but because like a TV advertisement or dollar note floating on the breeze, it lacks the context that would engage us with it.

A sex act, originating in Japan, involving a large group of men taking turns ejaculating on a woman’s face.

Dear reader, you’ve probably noticed that most of this blog so far has been focused on abstractions and institutions of society. But now I want to ask you a personal question: if you had a daughter, would you want her doing this?

Scroll through your list of remembered appropriate responses and pick one: 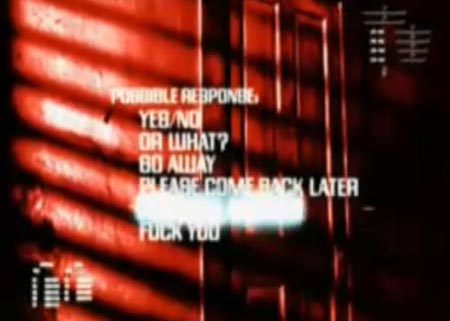 We all know the overwhelmingly safe answer. Just say, “Well, if that’s her choice and what she wants to do, I’ll support her.” That way, you appear to be supporting freedom and autonomy of the individual, as well as the idea that individuals as a group know what they’re doing and are not in a process of learning and growing in which guidance, like research materials in a science lab, is essential.

There’s also the sinking feeling — mentioned to me by many people from many walks of life — that sex is like any experience without context: the more of it you have, the more you are numbed to any significance it might have. Like being in a prison camp, or seeing people get shot, or even just going to some job you hate. After a while, you become numb.

Even more, you get that creepy feeling of inauthentic when you have to think about what name to scream out during moments of pleasure. 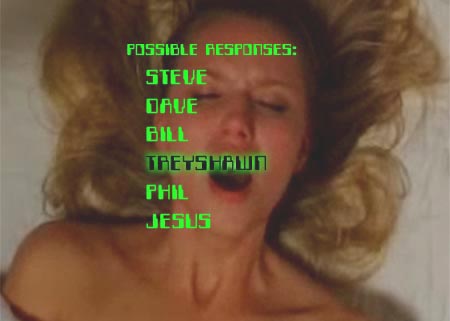 That’s the future your daughter has when you pick a bad idea today.

You, like I, probably like to think that with our expert learning-as-we-go parenting and her common sense, she’ll avoid that. But what if it really is the norm — something we as parents will not see? What if that credit card bill comes due, and it’s really no more of a choice than picking which coffee shop or law firm to work out?

What if, in other words, society convinces itself to approve of something we know is destructive, and our daughters have to face it with no backup from their peers, teachers, the media or even government and churches? They’re on their own against a pervasive social phenomenon which no one will recognize is a bad move until it’s much too late (as history shows us with all subtle, pervasive, radical evils).

Ideas decay over time. Deconstructive ideas do not stop at their state when you see them. They keep deconstructing, because that’s their mode: split things apart, thus enhancing the number of choices available to the individual by distancing themselves from consequences.

In the opposite way, ideas that integrate together cause and effect, object and context, meaning and application, tend to keep growing in integration — but they’re limited because at some point you have to say, “Yep, everything’s connected, but we can only look at this particular segment at this time.”

So we have two basic modes of thought, one of which tears everything apart, although it does make us feel as if there are no consequences for our actions… and another, which while reminding us that actions have causes and consequences, keeps our attitude toward life reverent and reminds us that life is sacred.

Even the most innocent of acts, like making love.