Black Jesus and The Last Rhodesian 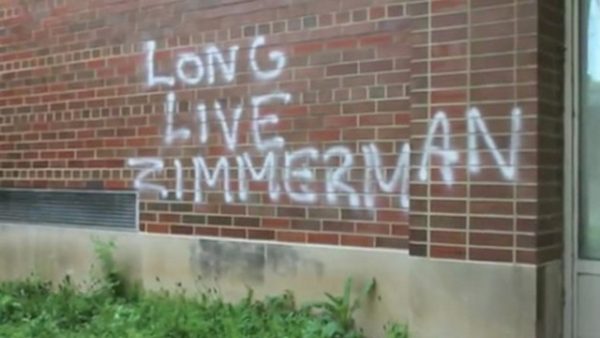 A gunman who nicknamed himself â€˜Black Jesusâ€™ shot and killed three strangers in a bid to kill as many white people as possible, police said. During his rampage, Kori Ali Muhammad, 39, first walked up to a lorry and shot the man sitting in the passenger seat. He shot at another and missed, then hit a 37-year-old man walking on a pavement as he carried groceries. The final victim was shot dead in the car park of a charity building.

I mean just because he walked around wasting people solely for the color of their skin and their religious beliefs doesn’t make him a Â¡RACIST! like Dylan Â¡STORMFRONT! Roof. I mean come on. Let’s not trigger Islamaphobia or fear of a black planet. Don’t give off the funny vibe. While we can rule out the possibility that he doesn’t like Mondays, we just can’t speculate regarding the real reasons.

On what appeared to be his Facebook page, he repeatedly posted â€˜#LetBlackPeopleGoâ€™ and encouraged â€˜black warriorsâ€™ to â€˜mount upâ€™. He wrote that his â€˜kill rate increases tremendously on the other sideâ€™ and also posted about â€˜white devilsâ€™.

We apparently learned nothing from Dylan Roof’s The Last Rhodesian web manifesto. When people post this crap, it’s at least worth taking a look at. Dylan may have started out “just kidding.” It may have originally just been a frustrated young man venting. But by the time he made a hideous demon out of himself at the African American Church he’d certainly talked himself into believing his own bull crap.

Kori ALi Muhammad not only spoke a similarly frightening language of illogical tribal hatred to Dylan Roof, but he gave far more previous indication of being a violent sociopath. If not detecting and preventing Dylan Roof’s shooting spree was a societal failure, than not intervening against Kori Ali Muhammad was criminal negligence.

Muhammad has a criminal history that includes arrests on weapons, drugs and false imprisonment charges and making terrorist threats. He had been associated with gangs but he was not a confirmed member, police say. Muhammad was charged in 2005 with possessing cocaine with intent to distribute, court records show. Federal prosecutors said at the time that he was also in possession of a 9mm semi-automatic handgun and two rifles after being convicted of a felony. He claimed insanity and his lawyer requested a psychiatric examination, saying Muhammad â€˜appeared eccentric with some bizarre beliefsâ€™.

Despite his poverty and previous social and economic failures, Dylan Storm Roof was actually harder to see coming. Like Howard Brush Dean, he liked hanging around with his Black Friend. He actually made a show out of his interracial friendship. At least nobody will ever accuse “Black Jesus” of similar hypocrisy.

So why wasn’t anyone concerned over Kori Ali Muhhammad’s “bizarre beliefs?” They can’t be. Even though he was obviously a potential assassin and even more obvious in his irregularity than Dylan Storm Roof, we couldn’t profile. It would have been politically incorrect. It would have been racially biased.

We had to sit there and watch him gun people down first. In case you are not convinced that people who announce murderous intent on Facebook may well be serious and should be investigated if not arrested, please watch the YouTube below and keep the recent news of the week in mind. Political correctness gets people laid out.