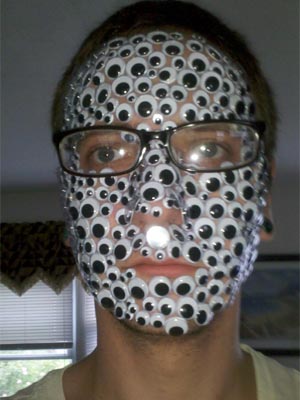 Last week, something vastly important happened to the men’s rights movement. It turned on itself, and through this, it will grow.

So far, the movement has been mostly hijacked by FMRAs (Feminist Men’s Rights Activists), who are people who want equal rights for men, with the high cost of making men feel that they are victims.

Your average PUA, equal righter, or false rape accusation watcher fits into this category. They buy into the narrative of our feminist-dominated society, and demand a feminism for men. We’re rape victims too!

This psychologically unhealthy approach has not surprisingly never caught on with healthy men. They have zero need for it. In fact, they view it as somewhat distasteful, like a man on a camping trip who cannot fall sleep without the pink stuff bunny he used to hug as a child.

To such men, the men’s rights movement seems to be full of what are playfully called “betas”: not the winners, but the also-rans who also dropped out, and are doing their own thing independent of society.

Let me be frank. I don’t like this society much at all, because I know that it is collapsing. It’s dying because its values are bad and it forgot how to think proactively. I don’t support the notion that grabbing power within this society will make you more of a man, or more of a winner. But I also don’t support the people who are using that logic as an excuse for their own failings and most importantly, their inability to find anything in life they like doing enough to get good at it. This is bigger than career, marriage or money. This is your choice of how to spend your one mortal life (if you are religious, add “in this incarnation” to that sentence).

As a result, many of the betas in the mens’ rights movement are beta because they have chosen to be beta: to back away from finding purpose in life, to flee from competition, to withdraw into a shell of hobbies and compensations, and to possibly “take revenge” on life by indulging in pick-up artistry or even “activism” to invent an alternative feminism for men.

Another take on it:

We live in a society which has tamed most men into betas. Does that mean every man is a natural born beta? Nope. Does that mean men cant explore and develop leadership / dominant traits? nope.

I dont even know if there is a â€œbeta geneâ€. I think most men can develop alphaness to a certain degree, just like most people can learn to sing. I think its about interest and drive, and of course natural potential. But most men are so, so far from what they would be naturally be doing if they hadnt been brainwashed into forced betaness, that just a couple of touches here and there can go a long way.

So, its not that Game changes the DNA of beta guys. Its that society is molding guys in dissonance with their own DNA, and something is needed to realign those guys into properly displaying their genotype and use what they have got for their own benefit. – Yohami

He takes an extreme “nurture” approach, which assumes that all humans are basically biologically the same and that social conditioning determines their outlook. Others would take an extreme “nature” approach and argue that you are born a beta, or not. I take a middle path.

Some are born less able than others. We do not have to trot out the Down’s syndrome kids to prove this; just look at the relative intelligence of people in daily life. Some people are born to sweep floors for minimum wage, others to have middle-of-the-road jobs, and some to have high-paying high-stress jobs.

However, our society encourages beta-ness because it is afraid of strong leadership, and by extension afraid of men. When your sole purpose for existing is to make everyone equal, the last thing you want is people who rise above. So you try to hobble them, first individually and then by group, such as favored genders (men, the stronger) and favored races (Jews, North Asians, Europeans) in addition to the usual divisions like social class (richer people are statistically/demographically smarter) and place of residence.

The point is that you may be born to sweep floors, but how you choose to spend your time in life determines what you’re going to get out of what is accessible to you. A beta turns tail and runs away from the biggest challenge, which is “What is your purpose in life?” A healthier person does not.

Betas are basically dissatisfied geeks, nerds and underlings of the type you find crowding around twee internet sites like Fark, Reddit and Facebook. They tend to like leftist politics, because those politics identify with the underdog, which all betas want to see themselves as, instead of using the more direct terms drop-out, burn-out or loser.

In fact, most men are this way, because the herd hates those who rise above, and loves to smash them, especially with its media that praises the beta and knocks down the alpha. Our society controls us not with truncheons, but with media images and social shame, knowing the judging eyes of the world are upon us.

In other words, betas don’t do anything “in spite of” adversity. They see adversity, and they slowly back away. They hide in the basements of the world, or in dingy apartments with entry-level jobs. But being a beta means that you give up on all of your own potential.

Yohami’s essay should be required reading because it encourages men to act up to their full potential. So your highest performance level is as a plumber; so what? You’ll have enough money, and a comfortable time of it, if you just man up and face your fears, and find a purpose in life in spite of them.

Imperfection | Proles versus Elites: a review of the protests, part I