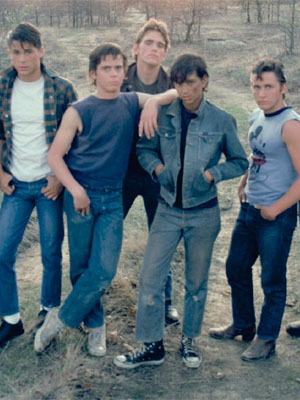 On some political issues, the US and EU (sorry… Europe) differ. On others, it’s clear the two continents are in the grip of the same illusion.

Both have the same underlying problems, one of which is that — except for the older, wiser, wealthier, stronger, and smarter — their populations tend toward an increasingly self-radicalizing liberalism.

Every few generations this liberalism fully radicalizes, and either it or the counter-reaction (like the NSDAP in Germany) causes a conflagration that levels the place.

It’s like a feverish body trying to throw off an infection. It may be simply a function of too many people, and nature is trying to thin the herd and restore sanity.

Either way, it’s massively destructive to have such instability. Yet the liberals don’t seem to mind the instability and seem to thrive on it.

What would cause instability? Someone for whom instability is a default assumption. In other words, someone who grew up in instability.

This person will probably be angry as well. Instability and ambiguity in a child’s circumstance lead to a helplessness about what behaviors will bring punishment or reward. It makes an angry child, then an angry adult, possibly even bent on self-destruction so long as they can take others out with them. The best would be to destroy everything, as if punishing it for mortality itself.

Our society behaves in this sort of way, doesn’t it?

People are angry. They are frustrated. They hide it, because to admit it is to admit that their lives are not all they’d hoped for. It’s like screaming “I’m a loser!” to be angry, we think.

This anger makes them think they are victims. They start lives as frustrated children, and as they become adults, find an ideology of victimhood to justify their anger, and so become liberals.

What makes them angry? Perhaps the high level of dysfunction. I am always stunned by how poorly our everyday technology works, how disorganized most people and groups are, and how as a result, the everyday experience of human life is fraught with thousands of unnecessary frustrations.

That’s the crux of it, the unnecessariness. If people weren’t so lazy at their jobs, or paid attention when they walked or drove, or just took a modicum of care when interacting, we’d be less angry. But people seem to militantly, obstinately and arrogantly remain in their own mental states of focus on the self, and ignore everything else, which causes it to be done poorly. Every last detail.

Life is remarkably frustrating for people in modern times. They go from homes that barely work through disorganized, traffic-clotted streets to jobs where they clean up after other people’s laziness and stupidity.

Even more stunning is how easy it would be to fix it all. Pay attention. Give a hoot. Spend an extra second. Stop making unnecessary choices and personal drama.

In past ages, society was not so technological, and it was highly regimented. This meant that the people who rose above the average would in turn be treated with more respect and isolated from the madding crowd.

Now we have reversed that process, in the name of all being equal so that we can avoid another French Revolution. But instead of making us equally happy, it has made us equally miserable.

Superiority through Equality | In defense of laziness