And if it were all alive 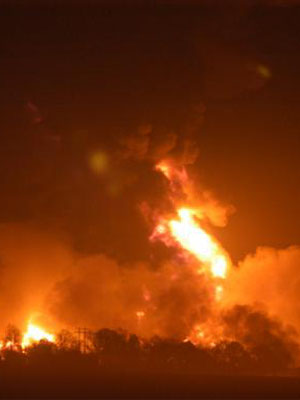 Indulge me in yet another thought experiment.

Like art itself, these flights of fancy let us leave our immediate gripping problems, and instead look at the world where symbol, metaphor and creativity overlap, like the existence we find in dreams.

Such experiences allow us to cast aside all that makes us who we are now, and lets our souls speak free of the weight of ourselves. In fact, I wanted to share a definition of individualism, which should supplant “egoism”:

Individualism, n. Acting for the expression of the self, independent of what the situation calls for logically in the pursuit of adaptation to reality.

In other words, what’s your target? Are you aiming to look at the situation, figure it out, and come up with an adaptive response? Or do you just want to express yourself and your emotions?

The weight of our selves can crush our ability to see what our target should be, if we want to achieve a certain result in reality. Often we don’t, and prefer to emote instead.

In this thought experiment, freed of the burden of constant self-expression (encouraged by egalitarianism, and before it, socialization), we assume that there is a complementary similarly between imagination and animism.

Similarly, in this vision, imagination changes reality, and reality stimulates imagination by being an expression of the life force through all things (animism). Suppose that you could use your imagination to re-interpret a part of reality, and by doing so, influence it.

In this world, Goodness, Truth, Beauty and Evil would not be separate concepts from us. If they existed, they would be part of that animism-imagination feedback loop, coming both from within us and from without us.

We would find our sensations enhanced by Truth or Beauty, and if our thoughts turned toward the bad, Evil would bloom around us like ink from an octopus. We would no longer have a barrier between our minds and the soul of the world, and thus what it incarnated as our reality.

For most people, this paradise-like world would be hell. Unable to constrain their emotions, and incontinent regarding their need for pleasures, they would conjure up a world of base desires and crass fulfilments. Then, slowly, they would realize the trap they had built.

This is a subtle trap, but when you cut away the wide range of possibility and narrow it to some things that are immediate pleasures, your ability to actually navigate and experience change is vastly reduced. You are in fact a prisoner of your own will, doing the same stuff day after day, not growing and hoping somehow to find enlightenment in repetition.

For others, this would be a chance to bond with the world. Imagination would reach parity with reality and they would simply cease to exist.

And yet for a final group, those who don’t need immediate gratification of any form, this would be like a session of deep learning with the wisest teacher ever. Reality would be like imagination itself, a blank slate, but because it reinforces its own principles on the mind, it would be a consciousness like being able to create like whatever crafted reality in the first place.

In this divine state of mind, the kumbaya platitudes would fall away. It is not that anything is possible; it is that logic pervades all. There is not a sense of freedom, or the individual, but of wonder at being within such an amazing mind and existence.

I can’t prove it, but I imagine that if each of us spent a half-hour a day imagining this state, we would all grow more, and not in that mothball way that adults calcify. We would grow toward bigger challenges, starting with control of our own impulses, and extending to the farthest stars.

The Breakup of the USA: Could it Happen? Indeed | Revolt Against Modernity