An Archetype Roasts in Hell

by Jonathan Peter Wilkinson on December 8, 2017 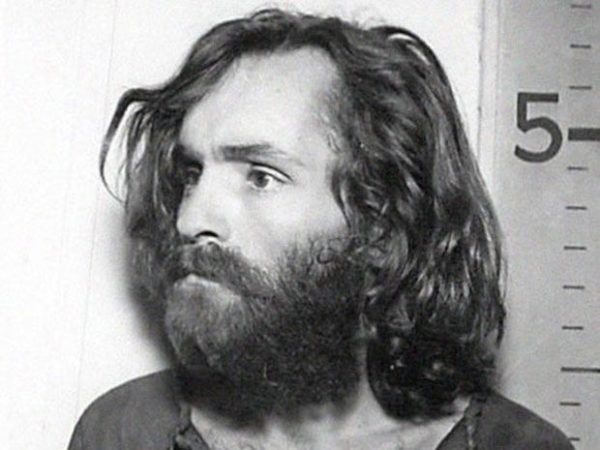 Charles Manson gives us a glimpse inside Hollywood and the Progressive Left. He not only worshiped The Zero, he served perhaps as its John The Baptist. We find his actions disturbing, but he behaved exactly the way you know Leftists would if they could put on a magic ring and be invisible. In honor of his departure:

Charles Manson, who plotted a string of bizarre murders in Los Angeles in 1969 that horrified and fascinated the nation and signified to many the symbolic end of the 1960s and the idealism and naivetÃ© the decade represented, has died at age 83. Considered one of the most infamous criminals of the 20th century, Manson did not commit the murders himself; instead he persuaded a group of his followers to carry out the killings. He died at a Kern County hospital at 8:13 p.m Sunday of natural causes, according to Vicky Waters, a spokeswoman for the California Department of Corrections and Rehabilitation.

Now why would Charles Manson be in jail? Because he could bend the weak-willed to do any depraved act of evil that came to mind. The crimes that ultimately caught up with him and landed him in the Greybar Hotel, Spa and Resort were nothing compared to who Manson was. His essence fascinates the casual viewer. For the observer of perverse and perverted human nature, it’s like watching a NASCAR Race take place right after a good ice storm coats the track. He was a Black Pill spiked with just a dash of MDMA.

Despite the overwhelming evidence against him, Manson maintained during his tumultuous trial in 1970 that he was innocent and that society itself was guilty. â€œThese children that come at you with knives, they are your children. You taught them; I didnâ€™t teach them. I just tried to help them stand up,â€ he said in a courtroom soliloquy. Linda Deutsch, the longtime courts reporter for The Associated Press who covered the Manson case, said he â€œleft a legacy of evil and hate and murder. He was able to take young people who were impressionable and convince them he had the answer to everything and he turned them into killers,â€ she said. â€œIt was beyond anything we had ever seen before in this country.â€

Jim Jones promised paradise to his followers. He urged them to move to his socialist utopia in the South American jungle. Then, on November 18, 1978, he led them to their graves in one horrific stroke, the single largest loss of American civilian life until the September 11 terrorist attacks.

Like Manson, Jones led his followers in an ultimate worship service and burnt offering to The Zero. This time it involved (mostly) suicide, rather than homocide. This was another Black Pill chased with the infamous Coolaid.

“We’ve had as much of this world as you’re going to get,â€ he can be heard saying in an audio recording. â€œLet’s just be done with it. Let’s be done with the agony of it.” He then ordered his followers to drink a cyanide-spiked punch. More than 900 people died, about 300 of them children. “We know from autopsies conducted later that a considerable number of people were held and forcibly injected with poison,â€ Guinn said.

Ultimately, Jones and Manson were both forerunners. They were an appetizer to the final Modern Symphony of Destruction. Jones and Manson are just a foretaste of the ineffable damnation we can expect when the Modern Leftist Amerikan Elite finally comes to “believe its own bullshit” as Barack Obama famously warned them not to. The demotic Marxist Cult of Personality always leads to a Manson, a Stalin, an Obama, a Jones, a Robespierre, a Mao, a Lenin or a Hitler. It always ends up in corpse-strewn ruination. That is the only way individualism can ever end up.

The Great Leap Forward, Nazi Germany, Altamont, The Khymer Rouge, Venezuela, Zimbabwe and Soviet Russia all ended up slaughtering their own people. This is what egalitarianism always does in the end. It is the only thing that Leftism is ever capable of. Leftism is like a virus that keeps nature in balance by destroying all possibility of human success and decency. Jones and Manson only differed from Mugabe and Stalin in their level of power. They were fully in accordance with the ideology and the worldview. They were Amerika’s warning to turn back or be damned.

Sadly we are still drinking the bug juice. Tragically we are all in the process of carving Manson’s Swastika Mark of The Beast right in our very foreheads. We can radically turn away from the the three D’s Manson represents — democracy, demotism, and death — or we will all end up far worse off than just with blisters on our fingers.