An actual crisis hides behind the fake issue of climate change 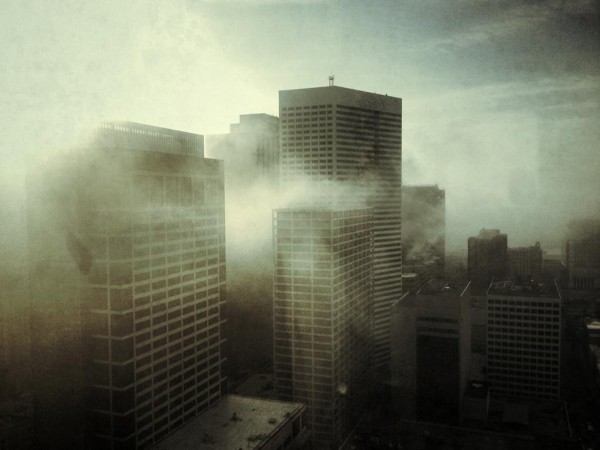 Manipulating large groups of people requires deception that is plausible enough to take the place of what they should actually be thinking. This leads toward a need to create symbolic issues that conceal complex problems behind simple yes/no style plans. These plans universally revolve around quantity, meaning replacement of one institution with another, instead of qualitative improvement, or taking what exists and improving it (similar to evolution) until it works.

As stated here before, the “climate change” propaganda creates a vast boondoggle bonanza that empowers just about any idiot to do anything and justify it as reducing carbon, raising awareness or any of a dozen other hare-brained justifications that give good cover to larceny and parasitism. Media tells us that climate change is universally accepted and we’d have to be poor, ignorant, and bigoted morons to consider any other truth. Most people want to rise in life, so they’ll never admit to such unfashionable views.

The more likely issue remains the changes humans have wrought to the environment by changing what’s on the surface of Earth. The more people we produce, the more farms we need and the more land we cover in concrete. The result is a radical adjustment in how much land becomes available for vegetation and wildlife. As it turns out, this is crucial, because the amount of vegetation expands with the rise of carbon in the atmosphere, mainly because CO2 is a vital nutrient that plants use in the photosynthetic process.

A recent study found that a large rise in CO2 sequestration is due to growth of plant life in Australia:

Each year, land plants and the ocean absorb about half of the 10 billion tonnes of carbon emitted into the atmosphere by human activity.

On average, says Canadell, carbon sinks on land absorb around 2.6 billion tonnes of carbon, but in 2011 this figure spiked to about 4.1 billion, accompanied by a big drop in atmospheric CO2.

“The land had removed more anthropogenic CO2 than ever before recorded,” he says.

The first thing to note here is that this is in fact reason for optimism. The Earth is capable of absorbing CO2 at places where people did not expect it to occur:

“We saw this incredible carbon sink in the southern hemisphere,” says Canadell. “The semi-arid regions were playing the biggest role and particularly the grassy component.”

“We never thought savannahs of the world could potentially have this effect.”

Even more surprising, he says, was that 60 per cent of the extra plant growth was in Australia’s semi-arid areas, north of Alice Springs.

The authors argue that much of the carbon sequestered may soon be emitted again, because of droughts, but that’s not a certainty. Part of the reason to be optimistic is because plants are not just passive recipients of climatic conditions, rather, plants help engineer their own local climate, creating the conditions in which more plants can grow.

Studies show that Australia’s droughts are largely caused by the direct effects of land clearing, rather than greenhouse gas dependent climate change. This is because forests have the ability to soak up excessive rain during wet periods, while releasing water during excessively dry periods.

If forced to choose between the burning of fossil fuels and the destruction of native vegetation, it’s very clear to me personally that the destruction of native vegetation is the worse evil of the two by far. Admittedly, part of that is due to the fact that I am convinced that we will be incapable of maintaining the industrial machine for much longer. Gail Tverberg believes that we simply won’t have enough oil to emit enough CO2 to reach above a two degree temperature increase.

There are large positive feedbacks involved in climate change that nearly everyone is familiar with, but what is very rarely if ever discussed are the significant negative feedbacks produced by plants. Trees respond to an increase in temperatures by producing more biogenic organic volatile compounds, which create a type of fog that reflects light and reduces temperatures. A similar mechanism occurs in the oceans, where plankton produces dimethyl sulfide, which changes albedo by encouraging the formation of clouds. An increase in temperatures produces an increase in plankton, which thus increases the amount of dimethyl sulfide. Life attempts to create the type of conditions suitable for life.

Of course, the important point to take home is that this negative feedback is highly dependent on a functioning biosphere. If there are no forests, there are no biogenic organic volatile compounds. Trying to prevent climate change is a very noble goal, but it increasingly appears doomed. If you tell governments to stop using fossil fuels, you tell them: Be sure to use your fossil fuels now, before a global carbon tax agreement makes them worthless or a successful alternative makes them worthless. Governments are actually now in a race to exploit whatever fossil fuels they still have, before the world agrees not to use any fossil fuels anymore. In addition, with solutions like biofuel, the cure is worse than the disease.

Even more, you supplant a realistic plan — clear spaces for plants — with an unrealistic one, which is to “raise awareness” such that every person is guilted into buying green products, buying cars with expensive and toxic batteries, giving carbon cap subsidies to the third world, and similar symbolic surrogate activities which don’t address the actual problem. Further, this mistaken plan allows destructive practices like subsidizing population growth, importing immigrants and continued building of cities to expand rather than contract.

Population distinguishes this issue. Although a guy in the Democratic Republic of Congo may use a fraction of the fossil fuels you use, the difference between the amount of land required to feed the two of you is much smaller. Nobody wants to touch this problem, as sadly people would rather pretend that a problem of this magnitude will simply be solved by STEM-nerds developing a new techno-fix and a variety of irrelevant politically correct feel-good measures.

By not creating room for other countries to send their excess people abroad, those countries become forced to address their own internal population problem. This type of insanity, where countries that aim to be at the forefront when it comes to preventing climate change continue to let their populations grow despite their low fertility rate is made possible by a technocratic mathematical vision that treats trees not as life-creating participants in their own local climate, but rather as carbon stocks that can be chopped down, as long as you make sure to build hideous wind mills or place solar panels on your roofs to meet your CO2 quota.

No politician will find these issues to be winners at the ballot-box, which people choose easy options and simplistic lies in favor of complex truths and long-term commitments. Thus they invent the surrogates we suffer under to this day, oblivious to the consequences because those in turn create new problems which create new opportunities for popularity at the voting booth. Democracy makes itself into a product and the result is a loss of ability to clear aside the ersatz issues and focus on the actual problem.

The basis of conservatism is a love for life itself | Sacrifice