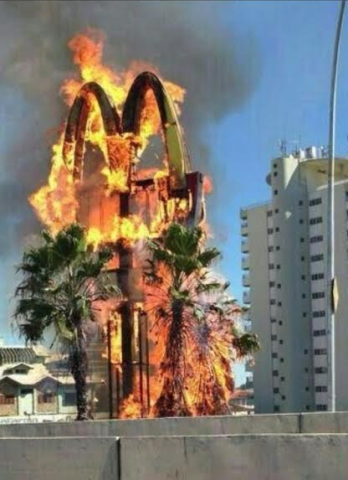 I am a firm believer that the only way we on the New Right can receive the governance that we seek is through the complete collapse of the current system. Otherwise, we will be trapped in the always leftward-shifting policies of the USG. The good news (or bad news depending on how you are looking at it) is that the laws of economics are on our side.

Sometime in the future…

So it has finally happened. The USG has just experienced a financial collapse of the likes that the world has not yet seen. The whole country has fallen into anarchy. You and your closest of friends and family have escaped the madness of the big cities and found yourselves in rural America. You were prepared for this though. You have learned survivalist techniques and skills. You are thoroughly armed. You have done whatever you can to prepare for Without Rule of Law (WROL) scenario. Now that you have escaped to safety and settled, it is time to start your new life in post-collapse America. Hopefully you took it upon yourself to read Jack Donovan’s The Way of Men as part of your preparation.

In The Way of Men, Donovan talks about the tactical virtues of masculinity: strength, courage, honor, and mastery. He talks of these virtues in their most primitive sense, a small group of men in a squad whose job is to hold the line, defend the tribe, and hunt for food. This is your life now. Donovan describes his philosophy as Anarcho-fascism.

Survival is at stake. Weak links and inner-tribal conflicts will only weaken your tribe’s chances for survival. Adherence to one of Donovan’s masculine virtues, honor, will be of the utmost importance going forward to ensure survival of your tribe. If you are good and decent men, your code of honor will be reflected by that. As time goes on, others will join you. The ranks of your tribe will grow. In a group setting this small, there is no democracy. There is no voting. Only the best should lead. You will be lead by the most alpha male who embodies these masculine virtues to the fullest. Of course, he cannot lead alone. He will have the support of his closest and most trusted men as his advisors, who also espouse the virtues of masculinity. Now, you begin the see the formation of hierarchy, order, and a true aristocracy (“rule of the best”).

This is the beginnings of what Radical Traditionalist Julius Evola defines as the organic state:

“A State is organic when it has a center, and this center is an idea that shapes the various domains of life in an efficacious way; it is organic when it ignores the division and the autonomization of the particular and when, by virtue of a system of hierarchical participation, every part within its relative autonomy performs its own function and enjoys an intimate connection with the whole.” – Julius Evola, Men Among the Ruins

The state becomes an extension of the individual. They feel a close, intimate bond with it because at its center, it reflects the virtues of each and every member of the tribe. These are the masculine virtues of Donovan’s The Way of Men. These virtues are bound together by blood, sweat, tears, struggle, and sacrifice. Each man is an individual, but they are bound together by something greater than themselves.

This my dear reader is how a nation is born.

Updated “about” page | Why you should burn your college degree