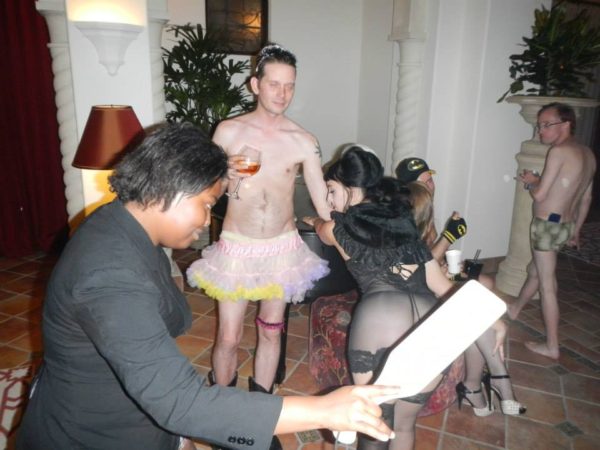 As time goes on, the more it becomes clear that we are not fighting against an ideology, but typical human behavior shielded by an ideological justification.

Normally humans do nothing but screw up. This is why the world is most impoverished, violent, dramatic and corrupt. If not guided by quality leaders, people not only passively screw up by failing to do things, but actively screw up by inventing bizarre theories and activities.

The comedic downfall of Venezuela provides us with a shining example of this as a play in three parts. Keep in mind that Venezuela was starting from behind because although it has many Spanish-descended citizens, many of those were already racially hybridized and further mixing occurred with the new world Asians and imported African slaves.

Compared to its neighbors, Venezuela was a place of relative harmony. It was less important to the Spanish who colonized it than other places of greater mineral wealth. However, it was decided by the Revolutionary Simon Bolivar that it needed liberation, and he set most of South America “free” with the help of British mercenaries. This launched a century of unmitigated corruption and instability.

After the dust settled, the country “liberalized” itself in 1947 and then went back to the same banana republic politics. Oil money eventually drove that out in 1963, and the country found prosperity, but that collapsed in the 1980s with oil prices and it fell back into its old ways.

Act II: Taking It For Granted

In the late 1990s, a Communist revolutionary named Hugo Chavez rose to power with a program of socialist policies fueled by high oil prices. At this point, to the short-attention-span voters, it seemed like the good days had come again.

However, Chavez pushed for further economic reforms that suspiciously resembled wealth transfer and land redistribution. The voters, reeling from several natural disasters, apparently shrugged and approved of this.

With each new reform, Chavez — who died a billionaire — confiscates more land and centralizes more power to his government, building ties with Cuba and Russia. Violence breaks out frequently.

Money pours into social programs. The population becomes even more dependent. Then, as had happened several times before, oil prices crashed. The unstable economy, surviving on the fat oil wealth, collapses, and soon so does the country.

It is hoped, dear readers, that you like repetition, because here is what is happening in Venezuela today:

Nine other people have been killed in violence associated with a wave of anti-Government demonstrations in the past three weeks, in which protesters have clashed with security forces in melees lasting well into the night that culminated in the “mother of all marches” on Wednesday.

Protesters accuse Mr Maduro of trying to create a dictatorship.

“Yesterday around 9 or 10 (Thursday evening) things got pretty scary, a group of people carrying weapons came down … and started looting,” said Hane Mustafa, owner of a small supermarket in El Valle, where broken bottles of soy and tomato sauce littered the floor between bare shelves.

This is the same pattern we see in the past: revolution, tyrant, revolution, tyrant. Those who attempt to play nice are usually eliminated early. Whenever things get tough for the tyrant, he just stokes up the population and they destroy everything, forming a pretext for more exciting tyranny.

If you wonder why the Alt Right says that genetics is upstream of politics, here is the point: Venezuela will never do any differently than this, because the “people power” of a mixed-race population always favors tyrants. They cannot control themselves.

For example, when the going gets tough, they steal from each other and loot instead of achieving an actual regime change. They have revolutions which get them even worse tyrants. They will blame anyone but themselves, and they will all have sob stories.

At this point, it is tempting to declare it a failed state and drop the nerve gas just to let something better take its place. The world would sail on unimpeded.

All of Latin America is this way: mixed-race, revolutionary, Leftist, and failing time and time again. People power betrays the people every time. Yet they keep at it, pathologically hoping for a different outcome to the same dysfunctional behavior, like gamblers addicted to the roulette wheel.

The same is true of people power in the US and EU, but on a slightly more functional level. At each election, we decide we will overthrow the system… by using the system. It betrays us time and time again.

The only way out is out of the system, and all systems like it. We have spent two centuries trying to “fix” the same democracy that failed Athens, choosing varieties of the modern system including National Socialism and Communism. But they reflect the individualistic character of democracy.

Soon we will resemble Venezuela, and enter into the phase of most nations, where government is the weak abusing the strong, enforced by “people power” that fears the awakening of something other than individualism, as smart people tend to do. There is no escape from that.