A discourse on homosexuality 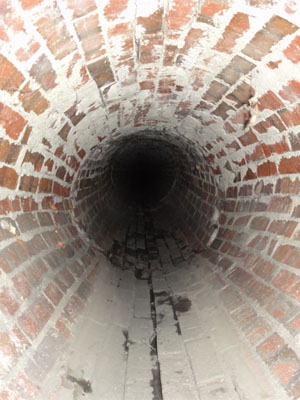 This country is obsessed by homosexuality. Whichever side of the debate on which you may fall, it cannot be denied that being fabulous dominates much of our discourse. Are homosexuals born that way or is it a choice? Is homosexuality a sin or not? Should homosexuals be allowed in the military? Can they marry each other?

Stop and think for a second about what the â€œhot button issuesâ€ of the day are: abortion, free birth control, rape, incest, gay marriage, pedophilia, sexual harassment, Octo-Moms and My Two Dads. Much of the discourse in this country seems to revolve around bodily functions.

AIDS is another interesting case study. I believe itâ€™s fair to say that AIDS is not the scare that it used to be. AIDS used to be really popular. When I was a kid, AIDS was everywhere. The trend peaked on the MTV show The Real World. As you may know, Pedro from The Real World was the first man with AIDS on TV. It became a national talking point; it was a serious moment and people needed to be made more â€œawareâ€ of AIDS.

Do you see where this is headed? The only way to become completely and intimately aware of AIDS is to actually catch AIDS yourself. Then you will have perfect enlightenment of AIDS. And donâ€™t forget about the â€œmythsâ€ of AIDS – we must not only learn what AIDS is, we must also learn what AIDS is not. The entire country spends an inordinate amount of time thinking and talking about such things as AIDS, sexuality, and rape. There must be some underlying issue to all of this, since we’re converging on topics of sexual morality, health and sexual orientation at the same time, again and again.

Plato suggested that the soul was composed of three parts: the appetitive, the rational and the spirited. In his view, those three types corresponded to the classes of people in a healthy society, with reason (aided by spirit) ruling over the appetitive impulses. Appetitive in this case refers to what Immanuel Kant might have called incontinence, or the inability to defer feelings, sensations, judgments and bodily desires in order to make the right decision.

All of these intertwined topics push the buttons of the appetitive part of the soul. It’s no wonder it is nearly impossible to avoid leaping into the discussion. This partially explains a recent favorite pastime of vaguely psychoanalyzing people from afar. Supposedly every philosopher, writer, thinker, leader, musician, and artist was likely a homosexual. Several of them probably even had AIDS. All poetry is merely homosexual innuendo, as is painting.

Discourse of this nature gains its strength through sheer, simple repetition. It has little to do with what side will â€œwinâ€ or the energy created between the two opposing sides. It is akin to brainwashing or incantation. It feeds off itself and obscures other, more important topics. In Platoâ€™s Republic discourse revolves around the quest for and definition of Justice. Today our discourse revolves around what does or does not constitute rape. Letâ€™s raise the level of discourse in this country by ignoring these fake debates. Maybe the pacifists had a point with regard to non-engagement. Stop talking so much about our bodies and start talking more about our minds and our Souls.

Our discourse reflects where our minds are. You have heard people say “healthy body, healthy mind.” Let me reverse that and take it a step further: healthy soul, healthy mind, healthy body. If you take care of your soul first and foremost, your mind and body will follow suit. If you want a healthy mind, worry less about your body and more about the discourse that is filling your mind. If you want to be high-minded, talk about high-minded things. Otherwise we begin to resemble the topics that overwhelm our debate.