A Currency of Energy to Stop the Coming Global Cryptocurrency 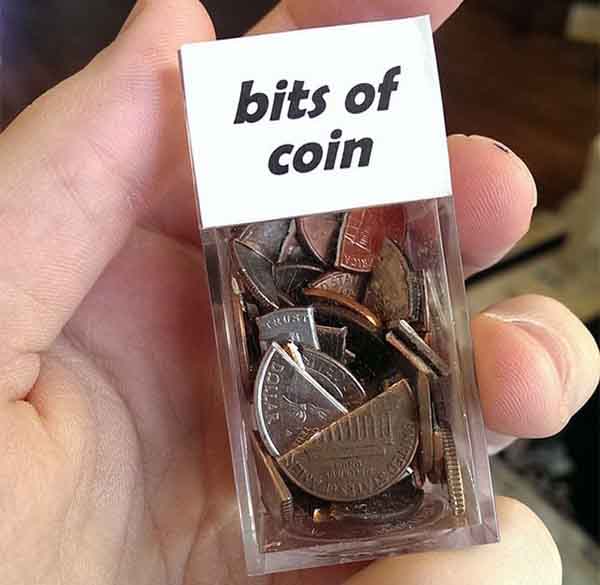 I just finished watching Way of the Worldâ€™s very black pilled video on cryptocurrency and the potential for abuse against political dissidents, especially those who oppose the globalist agenda.

Itâ€™s definitely worth a watch, but since YouTube deleted the account, Iâ€™ll summarize his major points, which are feelings Iâ€™ve had about cryptocurrency since I first heard about it back in 2011 or so being as I was a lolbertarian for a long time and libertarians tend to talk about three things ad nauseum: weed, hacking, and the Fed.

Cryptocurrency is not the savior of the little guy, as it can be manipulated just like all other currencies currently on the market.

The deplatforming of the right by about twenty companies over the past year due to ideological hatred and fear of us, is only the beginning. What happens when a global few can prohibit you from buying food, or paying for your heating bill, or your water bill? We call those things public utilities and that is true, but you still have to pay your water bill and electric bill or they get shut off.

I called Bitcoin Cuckcoin and the people who bought it Bitcucks for a long time. It seemed like a bad idea. Then I set up a bitcoin account to start taking a few donations. Now Iâ€™ve not done anything with it, and Iâ€™m glad I havenâ€™t. The video above is why. Hard currency is privacy.

Iâ€™m not a Christian (or a Jew FYI) but I cannot help but think of a universal global currency as a mark of the beast, you know that thing you wonâ€™t be able to buy or sell without? Either that, or the new “Beanie Babies” fad that many will buy into, a few will profit from, and most will lose out by.

But is there a solution for the aspiring nationalist? Is there hope for our side to perhaps have an underground currency, what bitcoin was supposed to be?

Well, maybe. And it may be one of those archeofuturistic moments where we look to the past to guide the future. Just not the European past, at least not this time. Instead, letâ€™s look to the financial system of Tokugawa era Japan.

While researching my novel Autumn Leaves: A Novel of Old Japan I started looking into the way the Japanese economy worked: what was their money like, what were their units of measurement. And then I discovered something interesting and strange from the point of view of a Westerner who was used to having currency backed by gold.

The Tokugawa Shogunate backed one ryÃ´Â with one koku of rice. What is a koku? One koku of rice was enough rice to feed one man for one year. They didnâ€™t back their currency with gold. Gold (and other metals) were used to make their currency but their value came because the money was backed by something meaningful, food.

The koku system was an advanced form of barter. It wasnâ€™t based on something arbitrary like gold or paper money either of which can be easily manipulated. It was based on energy. Work, calories, their entire economic model was based on the notion that the currency should serve the people and keep them alive. Thus, to feed your nation, you needed to know the census and then allocate rice farming accordingly. Yes, it gets more complex with fishing and hunting. But both of those require energy to produce energy as well.

Imagine an economy — even a shadow economy or gray market economy if it comes to that — that runs not on a currency backed by something man made, but by something natural.

There are many concerns about privacy and technology today. Normies write off people like us as conspiracy theorists and paranoids. But these are the same people who stay with Facebook and Google and voluntarily put Alexa in their homes because it might make life a little more convenient. They are a special class of bugman not yet classified by science.

But I strongly believe that the future currency will be a global cryptocurrency. And I also believe the only way to maintain your independence and freedom as a politically dangerous dissident, will be to start looking for a difficult -to-trace, possibly invisible, currency backed only by an honest dayâ€™s work.