500 companies agree to distract you from ecocide

One of the most prominent topics for mainstream audiences around the world today is global warming. The reaction to this topic takes many forms.

Some say climate change is a natural, periodic event that happens to our planet at various times in history. Others say human activity is causing the planet to warm up.

It is interesting to note that both sides often claim the other is a shill for some hidden benefactor.

The non-human-causes folks claim the other side is trying to burden us with a useless carbon tax. The human causes folks believe their opponents are protecting a wealthy old industrial pollution regime.

In our complex modern world, when one item is singled out for so much attention, it is prudent to look for what we are missing, if we are being led astray, and why.

A coalition of more than 500 international companies on Tuesday urged rich countries to commit to “immediate and deep” cuts in greenhouse gas emissions at U.N. climate talks to help combat global warming.

The group of some of the world’s biggest energy companies, retailers and manufacturers said a failure to agree a strong new climate deal at U.N. talks in Copenhagen in December would erode confidence and cut investment in low-carbon technology. 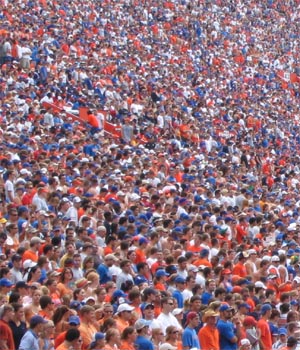 If business interests are consistently true to any principle, it is that of self-interest and profit. Industry sees climate change as an opportunity to unload more consumer products on us, but with a green label.

This has two effects. At the social reality level, industry and consumer adopt the illusion that green consumerism benefits the environment. At the reality-as-it-is level, people and industries continue to crowd out the planet’s ecosystems like always.

Green consumerism is more of the same economic and population growth that brings us right back to where we began. Population growth amplifies consumer demand that shoves aside the natural world, replacing it with an anthrogenic landscape for system management, production centers and housing.

Carbon taxes are also questionable because they would hinder profit on the business side and consumption on the public side. Political actors offering such a solution would find themselves constantly at adds with both business and the voting public, a losing proposition.

Worse, the rather weak carbon tax proposal does not curb the endless expansion of anthrogenic landscapes or the growth of all the non-greenhouse gas pollutants.

The team’s new study is the first to show that degrading plastics are leaching potentially toxic chemicals such as bisphenol A into the seas, possibly threatening ocean animals, and us.

Scientists had previously thought plastics broke down only at very high temperatures and over hundreds of years.

The researchers behind a new study, however, found that plastic breaks down at cooler temperatures than expected, and within a year of the trash hitting the water.

The Japan-based team collected samples in waters from the U.S., Europe, India, Japan, and elsewhere, lead researcher Katsuhiko Saido, a chemist with the College of Pharmacy at Nihon University in Japan, said via email.

All the water samples were found to contain derivatives of polystyrene, a common plastic used in disposable cutlery, Styrofoam, and DVD cases, among other things, said Saido, who presented the findings at a meeting of the American Chemical Society in Washington, D.C., today.

Plastic, he said, should be considered a new source of chemical pollution in the ocean. 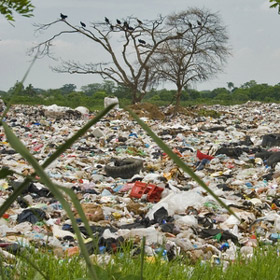 In our world of nations, the U.S. alone has surpassed 300 million people. Virtually every American wants to live a 21st Century lifestyle with the lights on all day, 4-5 televisions, computers and gaming consoles buzzing away, refrigerators, washers and dryers humming, etc.

That means each American has an electrical power demand. Without digging up the exact numbers, some of that demand requires coal, a resource we can harvest cheaply, locally, so it doesn’t require a huge, costly military presence abroad to protect.

So far, so good, until we review the practice of harvesting this resource. We don’t even need to get into the global warming and other air pollutant aspects of coal burning emissions.

The Powell and Clinch rivers are home to 16 species of rare fish and one of the worldâ€™s richest concentrations of freshwater mussels. The number of identified mussel species has dwindled from 60 to about 40, with 26 of those listed by the Conservancy as globally rare.

Youâ€™d think such a special ecosystem would be cherished and protected, but it isnâ€™t. Like much of this area of southern Appalachia, Black Mountain contains buried treasure: black gold, also known as coal.

The mountain is owned by coal companies, and to get the coal out as quickly and cheaply as possible, they scrape off the forests and blast off the sides and tops of the mountains, dumping rubble, or â€œspoil,â€ in the surrounding coves and hollows. 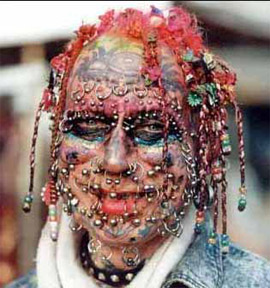 The daily demand for coal for energy use, multiplied by 300 million and rising consumers are mostly voters who the politicians had better keep feeling pampered. A light weight, uneducated estimate of one pound of coal per person per day gives us a handle.

Over five years, about 275 million tons of coal, using this gentle estimate, are extracted and burnt to keep the power generators spinning and Americans happily blogging about their daily personal drama and playing the latest console games all day.

The significant factor at work, the one that we do not have a handle on because to do so is to oppress people freedoms, is population numbers. We can educate, and a few people will turn a light off once in a while if they think of it and if doing so isn’t inconvenient.

If destroying the chemistry of the oceans and chopping mountains in half aren’t keeping 300 million+ oblivious brats entertained enough, what about the flattening of entire woodlands?

This is believed to be the first time logging has been challenged on the grounds that it will damage the climate. It comes at a time when there are signs that the Forest Wars may be once again heating up in California.

The Board of Forestry is under attack from environmentalists and fishing groups for seeking to weaken logging rules that were enacted a decade ago to protect Coho salmon and other at risk salmon. Those rules only apply to watersheds where Coho and other at risk salmonids spawn and rear. The logging rules were themselves deemed inadequate to protect Coho by the National Marine Fisheries Service.

So now we come back around to climate change. The forests, although less so than the oceans, are carbon absorption sinks as well. But, that isn’t their only role is it? 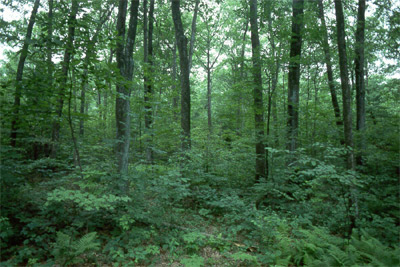 The ecology consists of layers of composite, interdependent systems, none of which play one single role. Ravage one aspect of the ecology and the side effects strain innumerable other parts.

Nonetheless, we come back to the point of our topic today. Devastate multiple parts through clear cutting, plastics dumping and mountain chopping, and so many other ways and the life support system of the planet itself is eventually sabotaged.

People and their demands are the saboteurs, not one detached aspect of a complex system called global warming. Perhaps it is more convenient for the masses to simply spend seven dollars on a mercury light bulb, making the manufacturer, distributor and retailer happy for their trouble.

Are popular, soft solutions like green consumer products or a few cents of carbon taxes actually effective or do they serve only as illusion reinforcement concealing the global expansion of a sterile human monoculture?