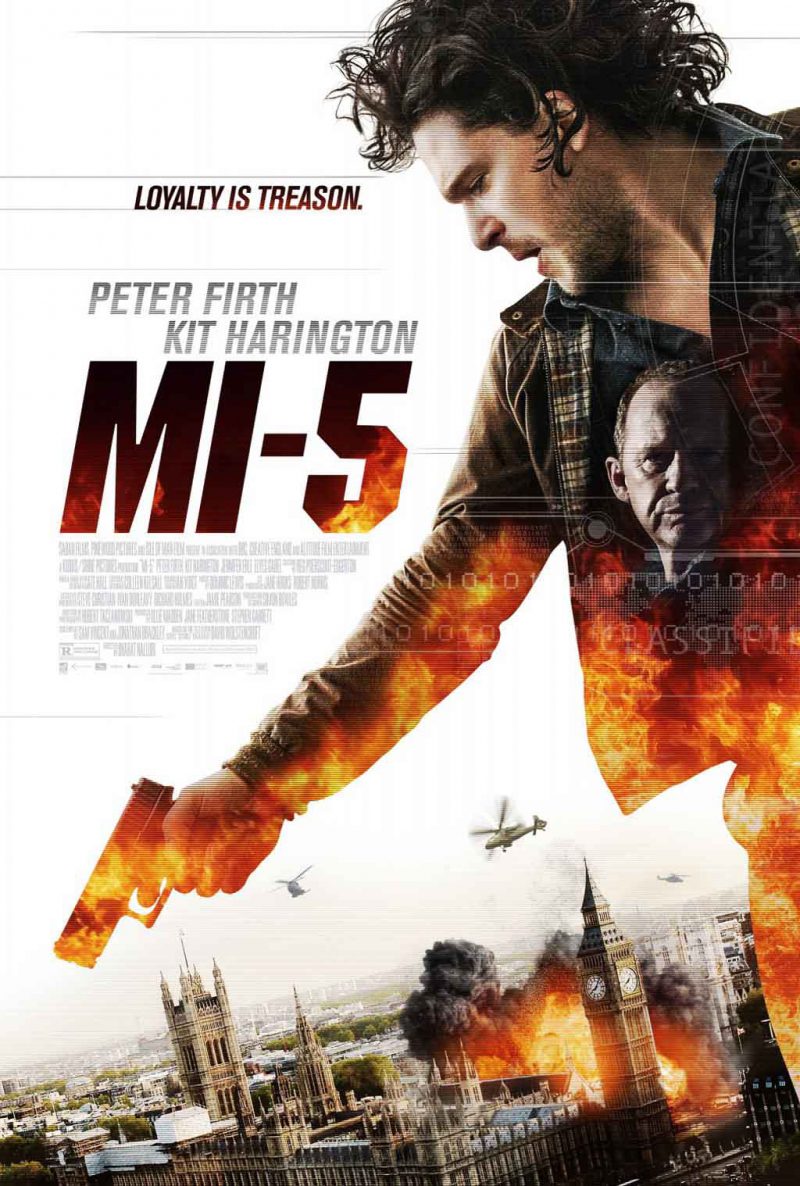 What happens when you write a movie by committee? Too many conflicting notions result in a boring plot, much like most postmodern novels — when you get past the woo and gee-whiz science metaphors — distill down to very ordinary observations that do not necessarily relate to reality.

MI-5 shows us the committee mentality at least. They wanted a twisty turny plot, a Bourne Identity style fast-paced thriller, and a cerebral meditation on loyalty in a time of traitors and instead ended up with the humdrum dressed in gold foil and Christmas lights.

The film concerns a possible plot to take over the UK secret service MI-5, who defend against threats from terrorists mostly, apparently. There is a traitor in the ranks! The hero of the more-interesting television version of this franchise has to go rogue and deep undercover to smoke out the enemy within.

Unfortunately, the reasoning behind this deception is both murky and hanging on to plausibility with a thread, even with a really good lurking shadow of a bad guy (the CIA) in the wings. Characters are motivated by, well, we are not sure.

There is a lot of talk of loyalty versus careerism, which can hardly be surprising but misses out on having the big metaphor it needs and instead seems more like the grousing of the recently unemployed. The deceiver remains masked in mystery and dubious motivation, making the mystery zero fun.

Despite having great examples of how to make a tight plot on this topic from both Bourne Identity and Tinker, Tailor, Soldier, Spy, the filmmakers opt to make a movie like a television show. Characters repeat themselves in discursive exposition many times. The dialogue is flat and inefficient. Displays of emotion seem to come after random choices that do not align to any inner traits of each character.

Had they bothered to ask fans of the television show MI-5 what they thought of it, they would have heard that people liked its mix of character-driven soap opera and spy intrigue. The action was always tame because well-executed spycraft aims to be invisible if possible.

Where the show had you honestly concerned about the outcome, this movie seems more like an administrative meeting than a crisis gripping the West. All of the interesting depth and nuance of the characters vanishes like interest in a budget. It is like the rest of the modern West: soul-crushing, despite having lots of sparks and flourishes on the surface.

Had the team behind this film been thinking, they would have seen an option to spin off a series of films that would have rivaled James Bond or the Mission Impossible franchise. Instead, we got a shockingly dull and confused film.

As I have said many times before, the worst review consists of not “wow, this is bad” but “eh, it was not bad, but sure was not good either.” You leave wondering if what you saw was of any significance, and you attach nothing of yourself to it. This film will so pass into the archives.