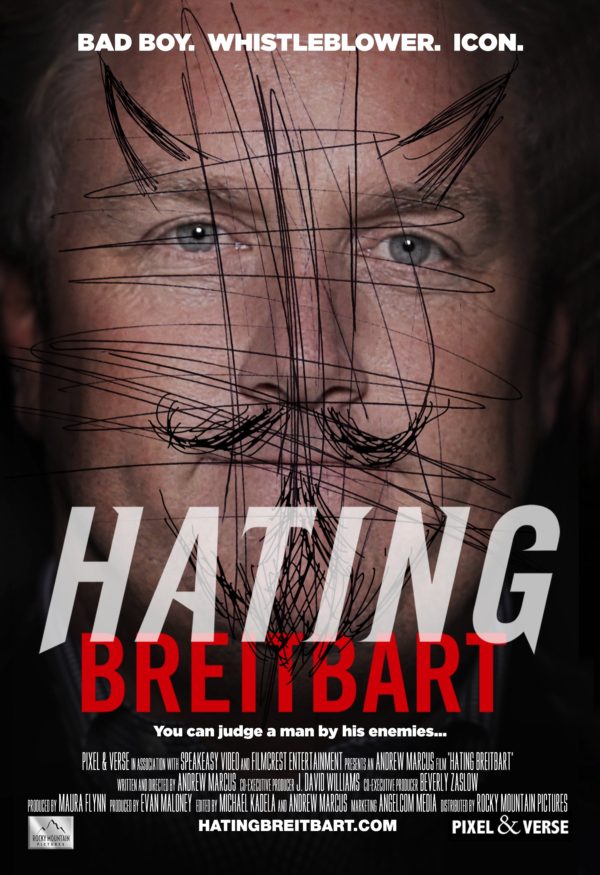 Hating Breitbart is not a complex documentary, but it gains insight into two vital points: where Andrew Breitbart succeeded, and where he could not go that the next generation of his staff could. The movie approaches his life in the kind of high school simple method of Fox News but with a new dimension: gut-wrenchingly profound moments of clear articulation in a sea of nonsense.

Mr. Breitbart, as star of the show, makes a clear point resounding well: liberals (Leftists) are a swarming force within Western Civilization that aims at its destruction through their own pretentious egotism. “You destroy people,” he accuses, and then the film goes on to show us how liberals have attempted to destroy Breitbart, filmmaker James O’Keefe, and the Tea Party with their universal accusations of “racism.”

As any readers here know, when a liberal cries “racism” it means that a non-liberal has stuck up for himself and his people. Before Breitbart, few people were willing to slaughter that sacred cow, but if anything, this film will convince the normal viewer to ignore or retaliate against accusations of racism, seeing them through Breitbart’s eyes as what they are: an attempt to silence political non-conformists, using a perception of collective guilt and the begging-the-question fallacy that is an accusation of double-think, since by defending himself the person under attack must confirm the accusation to some degree.

Breitbart comes across as the pugnacious, intelligent, principled and humorous character that he was (Andrew Breitbart died in 2012 of rumored heart failure) and makes the best case for himself. The filmmakers poke into the controversies he has generated, showing his point of view, which seems mostly accurate with some rough edges. But what makes the film most compelling are the moments of confrontation it captures with liberals.

In particular, the liberals interviewed for and caught on tape for this film seem to follow a set pattern: say something true, then extend that as if it were a metaphor to cover far more than it does, and end with a nasty insinuation about the people who are not liberal. Whether or not Breitbart is terrible, he is not as bad as they say in the ways that they say, and this makes the film convincing.

Hating Breitbart captures its subject in some powerful moments: explaining how media made itself obsolete by turning into an unpaid propaganda wing of the Left, demonstrating how liberals are motivated by a pathological hatred, showing how liberals refuse to answer truthfully even basic questions about their own work. Even a skeptic would see that whether or not he is all correct, he is not all wrong.

Generally, documentaries rank lower on the “fun” scale than high colonics. Hating Breitbart is best viewed as a ninety-minute op-ed in which Andrew Breitbart defends himself and his allies. He repeatedly makes the point that liberals are motivated by destruction, that they lie, and that they control media, and if America absorbs that, it will be far ahead of where it was. This film presents those distillations in a simple and enjoyable form.